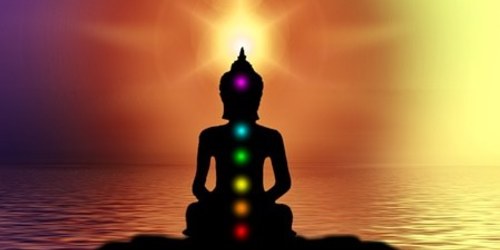 Tune up your chakras in 7 minutes with the secret Solfeggio sound frequencies.

For your convenience, these healing sounds are offered here in a downloadable format.

What are the Solfeggio frequencies?

The Solfeggio frequencies are sound frequencies used for healing purposes. The story about these healing sounds is quite fascinating. It turns out that they were accurately sung in the context of ancient Gregorian chants, but the precise tuning, the technique and the knowledge about their healing properties were somehow lost later.

It was Dr. Joseph Puleo who rediscovered the Solfeggio sounds in the 70s by finding the frequencies (measured in hertz) of these unique healing sounds. The interesting thing is that he found these frequencies encoded in the Bible, in the book of Numbers, chapter 7, verses 12-89. He used the Pythagorean method of numeral reduction to unravel the mysterious six mathematical patterns encoded there: 396, 417, 528, 639, 741 and 852.

One notorious scientific validation that these patterns can be used as vibrational healing frequencies is the fact that the 528 Hz frequency is precisely the one used by geneticists nowadays to repair damaged human DNA.

Why are they called Solfeggio sounds?

As you may know from your music theory, “Solfeggio” is the vocalization of the tones in a music scale (also called “solfa” syllables).

The original Solfeggio scale was composed of six tones. The names of these original six sounds (Ut, Re Mi, Fa, Sol, La) came as abbreviations of the first stanza (in Latin) of the famous Medieval Hymn "Ut queant laxis", written by Paul the Deacon in the 8th Century A.D. for the feast of the birth of St. John the Baptist:

There are many translations and interpretations of this Latin text, but in short, it is a plea to Saint John himself to “cleanse our polluted lips of the sin” so that we can “sing with loosened vocal cords the wonders” of his deeds.

What are the healing frequencies of the Solfeggio scale?

For healing purposes, the important thing is precisely the exact frequencies associated with the Solfeggio scale, as follows:

So these secret frequencies are different from the ones in the modern diatonic scale?

These frequencies are quite different from the ones in the modern music scale (also known as diatonic scale) of do-re-mi-fa-sol-la-si (or”ti”), which in English translate as C-D-E-F-G-A-B. For instance, the “do” or “C” of the modern diatonic scale vibrates to a frequency of approximately 256 Hz (middle-C on the piano) or 512 Hz (an octave above middle-C), while the “Ut” of the Solfeggio scale vibrates to a frequency of 528 Hz.

What are the healing properties attributed to the original Solfeggio sound frequencies?

The first frequency, UT (396 Hz), is used for negative field release, which means getting rid of fear and guilt.

The second frequency, RE (417 Hz), is used to allow and create positive change.

The third frequency, MI (528 Hz), is considered to be the frequency for transformation and miracles, as well as DNA repair.

The fourth frequency, FA (639 Hz), is the frequency for love and unity.

The fifth frequency, SOL (741 Hz), is the frequency for intuition and enlightenment.

The sixth frequency, LA (852 Hz), is used for spiritual sight and awareness.

Are these frequencies also related to the Chakras?

In addition to the above description of the healing properties commonly attributed to the Solfeggio sounds by many spiritual healers, healing musicians, scientists and researchers, I have personally found that these frequencies also resonate with the first 6 chakras, from bottom to top. If you have practical knowledge about the chakras, and listen to these healing frequencies, you will feel the vibrations of the first frequency in the first chakra, the vibrations of the second frequency in the second chakra and so on, until you reach your sixth chakra. So the fifth frequency, for instance, works also on your throat chakra and the issues associated with it.

Considering the above, it is clear to me that people can use the Solfeggio frequencies to balance and "tune up" their chakras in a nice, fast and rather simple way, just by listening to the sound frequencies.

You can appreciate the pure sound of these frequencies when you visit a trained sound healer that applies these unique sound frequencies to special tuning forks that are used on specific body parts of their patients. Some fellow healing musicians also incorporate these frequencies in their healing music creations, together with other effects, sounds and melodies.

I did not add any music or special effects to these frequencies because, had I done that, you would not be able to clearly distinguish one thing from the other. These are the pure, "organic", unaltered, electromagnetic vibratory healing sound frequencies of 396 Hz, 417 Hz, 528 Hz, 639 Hz, 741 Hz and 852 Hz.

I have recorded the six Solfeggio frequencies and offer them to you as a convenient downloadable product at the end of this article, so you can enjoy their healing properties while you listen to them.

If you listen attentively for 1 minute to each frequency, you can do the whole exercise of tuning up your chakras in 6 minutes.

As a personal bonus, I have added at the end of the six Solfeggio sounds also the healing frequency of 111 Hz, which is associated with the release of Beta endorphins and cell rejuvenation.

When you check out with the secure payment server using your PayPal balance or your credit or debit card, you immediately get the download links. You also receive in your inbox an instant email with the links to download these frequencies to your computer.